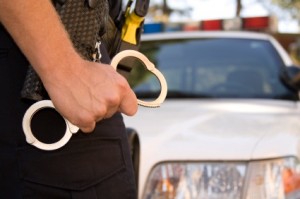 FOR EDUCATIONAL PURPOSES ONLY

Client, a Paramedic, developed an addiction to prescription pain medication after two orthopedic surgeries from an off-the-job injury.

After returning to duty, client responded to a call at a home where the patient had several bottles of prescription pain medication. Client secreted away several of the pills. However, although nobody had seen the act, after the ambulance had taken the patient, client realized that it was time to seek help for the problem because stealing from a patient’s home was inexcusable and contrary to the past 20+ years of exemplary service.

Client immediately, without external provocation – and still on the scene – confessed the taking to the company officer and requested substance abuse help. The company officer responded to the client’s courageous act by reporting it to the police, to whom client reiterated the confession.

Client was forced to resign and forced to surrender the paramedic license client had held for over 20 years.

Client was charged with two felonies and faced a significant state prison sentence. After hours and hours of reviewing evidence and researching options with no cooperation from the prosecutors in the court, I met with the head deputy prosecutor and discussed the case in great detail.

I was able to show the prosecutor the human side of this case and worked with him to reach an appropriate solution.

In the end, the theft charge was dismissed, the felony was amended to a misdemeanor, and the client was permitted to participate in a deferred entry of judgment drug program. Upon successful completion of the program and informal probation, the entire case was dismissed.

Client, a Paramedic, found himself in a heated argument with his wife. The exchange, just one of many sparked by economic difficulties, led to yelling and, ultimately, both spouses removing themselves from the situation.

Nevertheless, before separating themselves to cool off, both had called police claiming the other had assaulted them. When police arrived, client’s wife – who had scratched her own arms out of frustration – claimed the scratches were caused by client. He was arrested and booked on suspicion of felony spousal battery.

Attorney Givot met with client prior to the arraignment and noted right away that client’s fingernails had been so frequently bitten for so long, that the finger tips had literally begun to grow over the nails – thus making it impossible for client to have scratched anyone.

On the day of the arraignment, Attorney Givot went to both the District Attorney and the arresting Police agency to discuss the matter BEFORE any formal charges were filed.

After a harried morning of running around, no criminal charges were filed

Felony Commercial Burglary: Client, a sworn peace officer, was arrested and booked on suspicion of Commercial Burglary when it was discovered that, without her knowledge, her shopping companion – now former friend – had shoplifted merchandise from a Beverly Hills department store.

Within hours of receiving the call, I had been to the store, met with the lead detective, and reviewed the surveillance video that showed no criminal conduct by my client.

Misdemeanor Domestic Battery & Criminal Threats: Client, a Registered Nurse, was arrested after allegedly striking his wife and threatening to kill her with a knife.

After my own investigation, separate from the police, I was able to show the prosecutor that, while there may have been an unwanted physical contact, there was no threat to the wife involving a knife.

The client accepted responsibility for the alleged battery and received probation. The criminal threats charge was dismissed.

Misdemeanor Obstructing/Interfering with Police Officer: Client, an off-duty paramedic, was out for an evening in Newport Beach with her husband and brother-in-law.

The brother-in-law was involved in an altercation inside a bar and the police were called. The brother-in-law and husband were detained by police for questioning while my client waited patiently several feet away.

Sometime later, an additional officer arrived and directed my client to move along. She explained that she was with her husband and they were far from their home, but the officer did not care and told her to leave the area. She again explained that she had nowhere to go and no way to get there without her husband.

The officer became aggressive and abusive telling her to leave lest she be arrested. When she asked him where she was supposed to go, he arrested her and took her to jail.

I took the case and worked closely on a resolution with the DA. I collected and presented evidence of my client’s character, professionalism, and ongoing career-oriented education to show that this was most likely a case of a police officer abusing his authority.

We jumped through a few hoops, however at the end, the case was completely dismissed.

Get the Protection You Need to Help Save

Get Your Free Consultation Now

David is truly one of a kind – an energetic & dynamic lecturer who holds the attention of his students and engages them during his lecture to keep the discussion evolving. He consistently receives high marks from our students on his evaluations It is great to see an alum come back and teach with such passion and enthusiasm to the future of EMS!!!

Throughout my EMS career, I have found myself in some pretty daunting situations that I have always been able to use my knowledge and training to help overcome. However, recently, I found myself in a situation where I was not able to rely on my knowledge and training and instead I needed the help of David Givot. Whether it was day or night, question or concern, when it came to EMS or the Law, David was there to help. David is one of the most knowledgeable individuals I have ever met. Not only were Mr. Givot’s services commendable, but without him I seriously doubt I would be would be writing this testimonial right now. If you are looking for an attorney at law, or just have a question in regards to your legal situation, choose David and rest assured you are in good hands.

No matter how big or small your legal issues are, Dave Givot is the only one I would trust without hesitation. When he takes your case you instantly feel you are his only client. Dave has taken his years of experience in EMS and applies his same calm, confident and professional demeanor in practicing law. Mr. Givot has an unparalleled work ethic which translates to the best possible resolution of your case. In no uncertain terms Dave Givot is the person to turn to in your time of need.

After seeing David Givot’s lecture at a conference in Austin Texas, I knew we had to have him come to SW. Florida and speak to our personnel. We had representatives from 5 Counties in attendance, and they all told us they were taking parts of all of his lecturing topics back to their Departments to share the knowledge they now have. David tells it how it is, and pulls no punches, which is what our business is about….Reality. David’s lectures are an asset to any organization; we appreciated him coming to speak to us.

David Givot Aka “The Legal Guardian” is a Lawyer. Yes, oftentimes just the mention of someone being an Attorney at Law is immediately followed by a disparaging remark or jokes that are off pudding and inappropriatefor the workplace. David Givot is not one of those stereotypical scounduels; infact he is just the polar opposite. David Givot “The Legal Guardian” has established his practice based off his deepest and innermost unrelenting want to improvethe lives of others. Dave was a EMT Paramedic and from the people I know withwhom he proudly served many years with was a passionate patient advocate aswell as am unbiased, non judgmental and deeply compassionate care provider to allof his patients despite their situation. As many of us in the emergency medicalfield do, we used EMS as a stepping stone, away to work towards a career and gain invaluable experiences that would prepareus for the many challenges we would face in our personal and professional lives.I used EMS to become a Firefighter, many use EMSto become Police Officers, Nurses, Doctors or transition into another alliedhealth vocation. David Givot used his plethora of human interactive experienceto guide his moral compass into a profession of helping individuals who aresuffering, destitute and feel that they are without hope in a way he saw waslacking. Professionals whom have ran into a legal bind. So, Dave became alawyer. Yes, I said it. (Gasp…..please hold your jokes and comments until theend) To say that David Givot is the best attorney at law i have ever seen is not hyperbole.

David Givot filled a much needed area of in the lives ofthose who dedicate themselves to others by creating a law firm that aids individuals whom are in the midst of a legal experience. Despite thecircumstances I know that David Givot will represent you and your interestswith unrelenting compassion and advocacy he delivered to his patients in thefield. David has offered me much neededlegal advice in personal, professional and business matters with much knowledgeof president, case law and current event to ensure that my decisions were madewith a clear legal conscience. I have referred David Givot “ The Legal Guardian”to many of my friends whom have had serious allegations and professionalsituations brought against them and despite the gravity of the situation Davidwas easy to talk to, approachable, always reachable on his toll free number.David is a real guy who has been thru real situations, you can talk to this guylike you would talk to a friend and best of all, if you are ever accused ofsomething in the workplace, arrested or charged with a crime, David Givot islike having a legal form of Godzilla in your back pocket to protect you fromthe legal system that is designed to destroy you.

License Defense Lawyer Near Me

Dealing with criminal charges or facing disciplinary action as a medical practitioner could put you in a lot of pressure. A single mistake like DUI charge, or failing to supervise your juniors could get you into trouble as a medical professional. Imagine watching the career you built for many years, crumble down, and have your license revoked.

When you choose The Legal Guardian, we get fully devoted to protecting your practice, license, reputation, and rights. We represent healthcare service providers in Long Beach and other surrounding counties. For the best outcome possible, reach us at (866) 448-6811 today. Our team will not only listen to your story but also offer you A-class legal counsel.